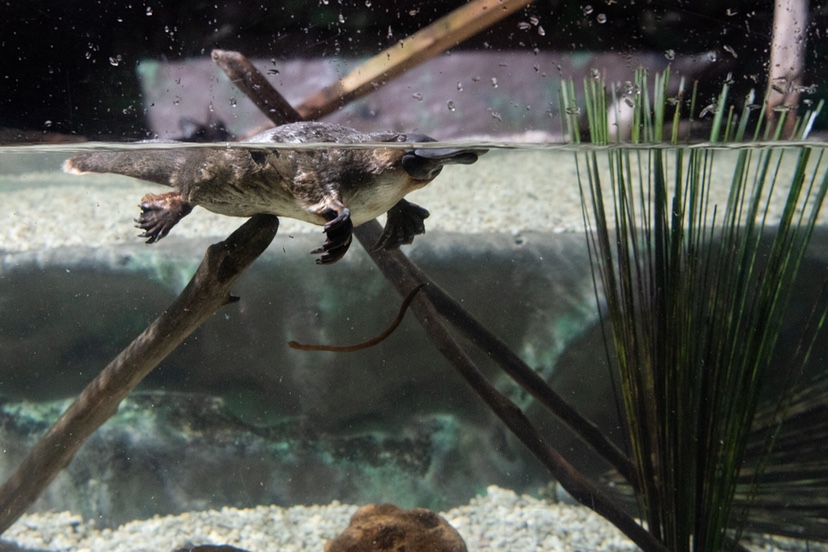  
The platypus is an interesting and from an outside observers point of view the platypus doesn’t make sense. It is one of five1 mammals that lay eggs. It has a ducks bill and the tail of a beaver2. And the male of the species has poisonous barbs on its rear feet. While certainly nowhere near apex predator, the platypus is an adaptation that’s also a marvel.
But why the platypus? Why did evolution dictate that the platypus should exist and in Australia of all places3?
The obvious and only correct answer is:

Nor, for that matter, can we know. I mean, short of developing some weird technology wherein we are able to observe evolutionary time travel from way, way, way before humans to today. But that’s about as likely as a steam engine flying into a time vortex after giving Marty McFly gifts from the past.
After spending some hours searching the interwebs5 I discovered its not legal to own or possess a platypus outside of Australia. They’re a nationally protected species along the lines of the panda bear6 and as such aren’t allowed anywhere else , which is partially a lie as there are some zoos that are setup for the specific needs of the platypus and have permission and appropriate licensing.
I guess, on a side note (as opposed to my somewhat copious footnotes), if you’re a religious person who believes in God and are a Creationist7, then I’m curious how one twists and turns and wiggles and bends to get to reasoning that explains (1) monotremes and (2) the platypus. I’ve heard some answers:
You get the idea. They’re excuses more than anything else. Much like the excusss that exist to describe why there are dinosaur bones deep in the earth. Except the excuse here is:


Combined matter from other planets used to form the Earth8.

Not exactly stellar reasoning.
Back when I was still attempting to justify belief against reality, I proposed (and I’m probably not alone in this) that Evolution was God’s means of creating and before homo Sapiens were sufficiently evolved to allow for God’s children, the world was left within the greater cosmological matrix of advancement and development. Today, I recognize the argument as apologist and a failed attempt to explain something that has a reasonable answer of:

Except, I want to know. Or wanted to know.
Today I’m more happy realizing the back-bending and back breaking task of explaining everything, even through a religious or possibly an idiots point of view[9], is a waste of time and energy and I’m good with:

Which is the best answer for the platypus, which I want as a pet (along with the panda and the armadillo), monotremes, and quite possibly 99.9999999% of everything we don’t yet know. Though I also allow for the probability that we can know and when we do, I look forward to learning what I can and happy with another answer to the science of life.

Posted by John Hattaway at 1:20 PM