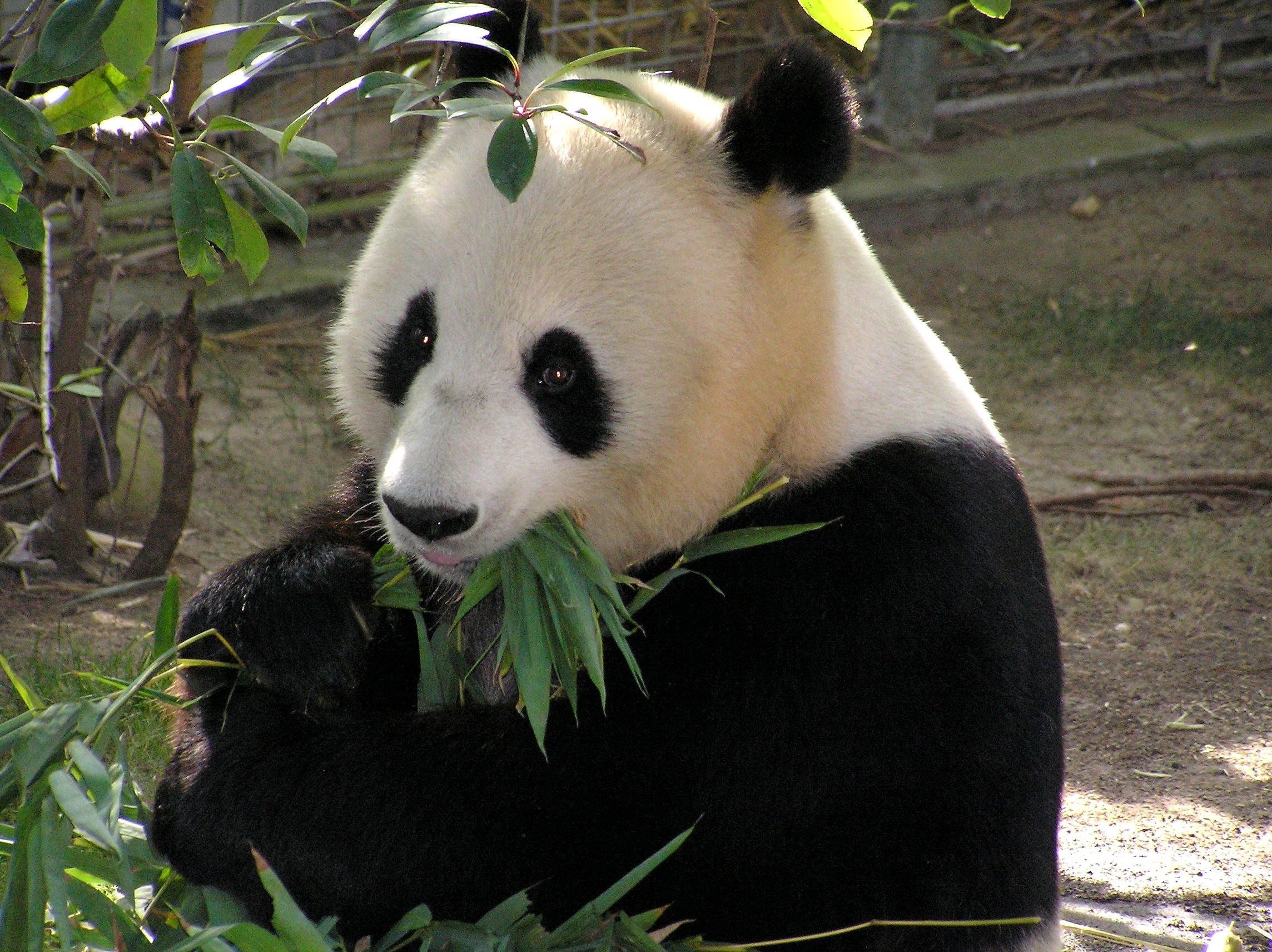 I’ve often wondered about panda bears. They live in bamboo forests and they’re extremely difficult to mate in captivity. Every panda that’s born around the world belongs to China and their names all reflect that heritage. Yet, these bears aren’t exactly like the bears in North America or others parts of the world. They’re almost docile.

Consider the changes that have been tracked in domesticated animals. From the wolf1 we gain the vast breeds of todays dog. An animal that evolved as a predictor was turned into a pet, vocal chords meant for one noise have transformed into another noise. Ears and tail have taken on different meanings and in the end the dog no longer reflects its progenitor.

The same becomes true of any creature changed over time from what it was to something new. Hints of the old and dangerous may remain, but in the end what is left is something different and not always better2.

Returning to the panda bear, it doesn’t take a long logical leap to go from an Asian black bear to the modern instantiation of the panda. The outcome is, after all, more desirable in attitude and appearance than that of the Asian black bear3.

It’s difficult for me to imagine an evolutionary world where passiveness and bamboo shoots and leaves are more desirable than hunting and killing and salmon. Lots and lots of salmon4.

As I see it, the panda was selectively bred hundreds of years before Darwin journeyed out into the world on The Beagle and observed the Galapagos finch. Where nature forces the adaptation of the finches beak to allow for larger nut cracking, a natural process, the panda would’ve been bred for specific characteristics5.

Except, instead of natural processes whereby traits and characteristics were the outcome of live or die breeding6, instead what is looked for are only the characteristics and outcomes that would make a good pet. Smaller. Tamer. Trainable. Cuter. All the important things.

As a result of forced breeding7, unwanted characteristics are introduced and from there we find other problems, like pandas don’t easily get pregnant and the panda cubs are hard to care for - though this has gotten easier in the sense that we (collective and not to specifically include me) have learned a lot about pandas and panda babies and how to keep them alive.

All of which leads to:

I want a real panda bear as a pet.

Posted by John Hattaway at 10:07 AM No comments:

A Bird at the Window

I was sitting at my desk when a small blue and black and red bird landed on the sill outside and looked in. I looked back and our eyes connected in the way people connect with animals and for a moment I considered the possibility that there was more to the animal than thoughts of worms and where to sleep when it’s cold or raining.

What I found most interesting was the bird didn’t fly away and stood there staring at me.

After a time I decided to stand and open the window and as I did the bird didn’t fly away, instead it entered through the window without a screen and alighted on a shelf filled with books, none of which were particularly interesting and none of which had anything to do with birds. Not even penguins.

When I sat back down at my desk and proceeded to return to my pen and paper, the books propped up on cheap stands, the thoughts that had nothing to do with a wild bird standing on a shelf full of books, I found I couldn’t concentrate on the thoughts that had preceded my small visitor. Things that involved angels on pedestals and the romanticization of things and people. The idea that there is nothing pure in the world, not ever has been. Yet, the fetishization of purity still. The idea that we can achieve the impossible.

The bird didn’t seem to care much about anything, especially not on the words I was attempting to put to paper. Nor did it seem to care that I put no trust in the devices, my phone or computer, sitting on the desk behind the books and pens, the pencils and erasers. The errata involved in the things I work on and with and that feed the demons of thought and instinct.

Eventually the bird made a noise that was meant to be a chirp or a song and ended up something else entirely. It looked at me one more time and then took to the air and out of the window and never returned.

My thoughts never returned to what they were and eventually I set aside my writing and my books and walked away from my thoughts convinced the bird knew more than it let on.

Posted by John Hattaway at 8:49 PM No comments:

To Read and to Travel

From this we can see that the reason we write is to approximate what we see in terms of both what is true and what is possible so that others might experience the world as we see and hope it to be3.

Posted by John Hattaway at 7:00 AM No comments:

Once Upon a Time

Once Upon a Time …

Or that’s how a lot of stories begin1, the ones that need to begin with an indistinct or unreliable timeframe.

As a result, rather than pretend that this site needs to showcase anything, it will showcase the kinds of things that exist in my head2.

Of course, freak flag isn’t an exact parallel to what will happen. By that, i mean had I the desire to create the ability, this site would consist of one very, very, very long page with content at the bottom, a Jack Kerouac inspired long scroll of virtual paper on a slow march through a typewriter of some unknown manufacture3.

Alas, poor Yorick4, that is not to be.

Instead, I shall endeavor to write posts, on occasion, and do what I wish and say very little and in the end an outlet of sorts I shall find.

P.s. Lets hope my flowery language, crap as it may be, disappears in due course.

Posted by John Hattaway at 12:29 PM No comments: